A heavy yellow powder composed of Lead monoxide. Litharge is prepared as the oxidized product of molten lead that has been stirred or atomized to incorporate air then cooled and ground to form the yellow powder. Massicot, another crystalline form of lead monoxide, occurs naturally but can also be made by heating lead carbonate to 300C. Litharge is lightly more orange than massicot due to some formation of red lead oxide. Both forms of lead monoxide has been used as a Drier in Oil and as a low-fire [[flux] in making ceramics and Glass. They were used as a yellow pigments in paints and glazes. Thin layers of lead monoxide are used to produce iridescent colors on Brass and Bronze. It has also been used as a filler for Rubber and to produce artificial Tortoiseshell and Horn. Litharge is mixed with Glycerol to make plumber's cement. 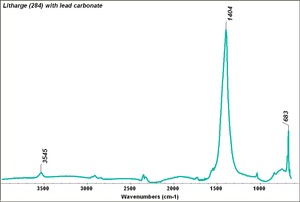 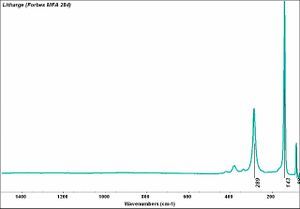 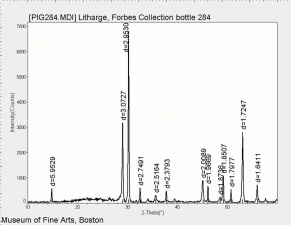 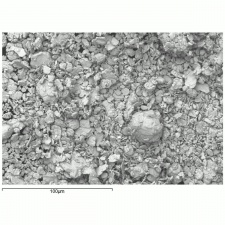 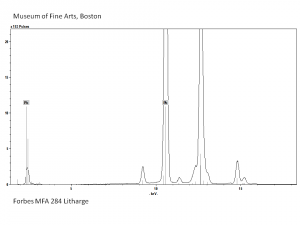 In transmitted PPL, the tetragonal alpha-PbO (the beta-PbO referring to massicot) form translucent particles ranging in color from pale yellow and pale yellow-orange to pale green. Some semi-opaque particles of dark reddish-brown color are also reported. Most particles are rounded in shape and other reported morphologies include square, rectangular and acicular shapes. Particles tend to agglomerate into clumps. Relief is very high and RI is greater than 1.662.