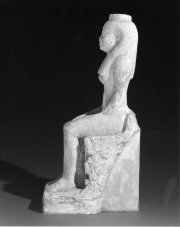 1) Shortened name for Plaster of Paris which is composed of calcium sulfate hemihydrate. It is also called calcined gypsum.

2) A powder, that forms a pasty mixture with water and dries to a hard impenetrable solid. Clays plasters were used in Egypt since at least 2000 BCE for coating walls and ceilings. Decorative wall paintings with plaster supports were made in Crete as early the 15th century BCE. Plaster is made using several formulations. Most plasters contains calcined Gypsum or Lime as a binder. Many use Sand, Hair, hairhair, or Straw as extenders. Some may contain small amounts of salts (Potassium sulfate) as accelerants. Organic materials (Blood, Glue, Casein) and weak acids (Citric acid, Boric acid) can act as retardants. Plaster is still used as a finish material in wall and ceiling construction. Some examples of plaster types are: 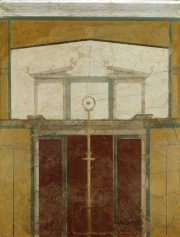