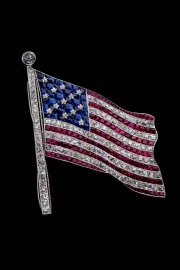 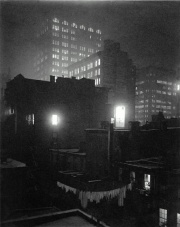 A silvery white, metallic element. Platinum is found as fine grains of native ore in alluvial Gold deposits and in Nickel ores. It is often mixed with other platinum group metals such as iridium, osmium, and palladium. The abundance of platinum in the earth's crust is 0.01 ppm. Platinum was used by pre-Columbian Indians and has been found in other ancient pieces, such as a metal inlay in Egyptian boxes. In the 16th century, significant alluvial deposits were discovered by Jesuits in the Rio Pinto in Columbia; these were later described as a new metal in reports by Antonio de Ulloa in 1735 (see authority entries). Platinum was recognized as a precious metal following purification by the French physicist P.F. Chabaneau in 1789. It was rarely used, however, until deposits were found in the Ural Mountains in 1822. Currently platinum is mined in South Africa (Transvaal), Russia, Finland, Ireland, Borneo, New South Wales, New Zealand, Brazil, Peru, Madagascar, Canada (British Columbia, and in Alberta) and the U.S. (Alaska, California, Oregon). Platinum is ductile, malleable and can be formed into a thin, silvery-color leaf. Because it does not oxidize in air or tarnish in the presence of Sulfur compounds, platinum was used for decoration on sculpture and pottery to simulate Silver. It is also used for jewelry, pen points, electrical contacts, thermocouple wires, surgical tools, dentistry, electroplating, and as a catalyst.