A golden brown to red color Gemstone composed of calcium aluminum silicate with a small portion of Iron. Hessonite resembles yellow Zircon in color and both were called hyacinth in ancient times because they were found in the same gem-bearing gravels of Ceylon. Hessonite is softer than Quartz and less brittle than zircon and hence, was used in ancient engraved gems (Ogden 1982). 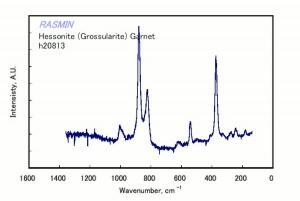 Raman (U of Parma) 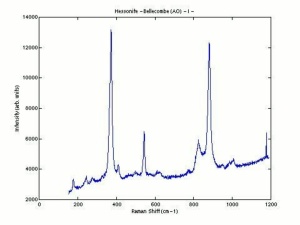