A white pigment composed of basic lead carbonate. Lead white (lead hydroxycarbonate), contains about 70% lead carbonate and 30% lead hydroxide chemically combined. Basic lead carbonate occurs in nature as the mineral hydrocerussite, but the mineral form was not commonly used as a pigment; instead lead white has been prepared synthetically from Classical antiquity by exposing metallic Lead to Vinegar (Acetic acid) vapour. Lead acetate forms first, and this then reacts with Carbon dioxide from the atmosphere (or from another source). Lead white is a dense, opaque pigment that was mainly used in drying oils where it acts as a siccative. It has also been found in Egg tempera, Glue tempera, and Gum tempera, but it was not considered suitable for Buon fresco techniques. Lead white was the principal white pigment used in paintings and ceramic glazes from ancient times until the 20th century. Lead white has been replaced as paint pigment by Zinc white and Titanium white, but it can still be found in some exterior paints and ceramic glazes. It was commonly used in house paints till the middle of the 20th century. In the United States, its use in interior paints was restricted in the 1950s and prohibited in 1978. Lead white can yellow or blacken in the presence of sulfides or alkalis, and it can be oxidized by microorganisms to form brownish-black lead dioxide. Cremnitz white is a very white, dense type of white lead prepared from Litharge and acetic acid. Occasionally the name lead white has also been used for basic lead sulfate and basic lead silicate. 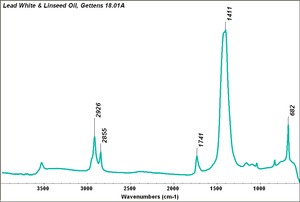 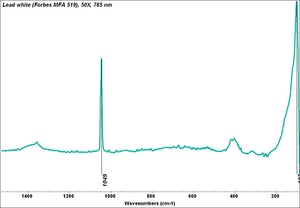 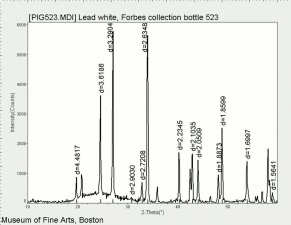